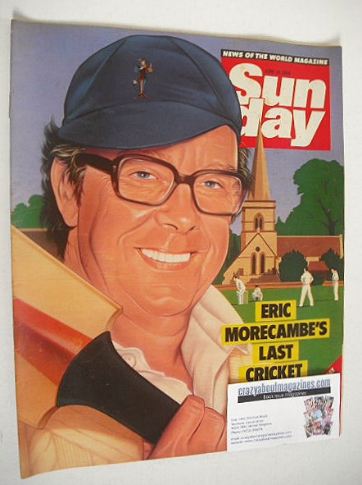 OWZAT! - When Eric Morecambe died two weeks ago, everybody in Britain felt that they had lost a friend. He left us with the happiest of memories and a legacy of laughter. One of Eric's own special loves was cricket and he was delighted when he was asked to contribute to a new cricket book. So it's with the greatest affection, and respect, that we are printing this extract from the book
Double page cricket feature (adapted from 'The Book of Cricket Lists')

BOY GEORGE - "The most famous boy in the world"
Wherever you go everyone's talking about Boy George. Not bad going for a boy who at midnight will be celebrating his 23rd birthday. We look at the sayings of the popstar who's always in the headlines and is never lost for words
Two and a half pages