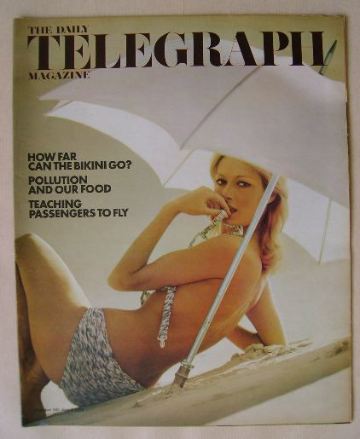 IF THE PILOT PASSES OUT... - Pippa Boxer has taken over the controls of a Cherokee aeroplane. She has had only three hours' flying tuition, but she is able to fly to an airfield and land the plane safely. The pilot, Richard Cox, feigning unconsciousness in the photograph, reports on the First Reserves, mainly the wives and girlfriends of civilian pilots. Their few hours of training could prevent a fatal crash
2 pages

- How far can the bikini go?- Pollution and our food