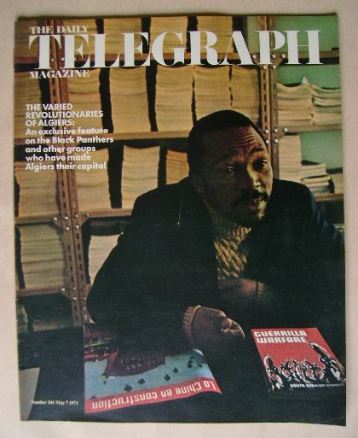 ARMED FOR NEUTRALITY - The irony of neutrality is the military strength required to maintain it. Richard Cox visited Switzerland and Sweden, countries with far smaller populations than Britain but which can mobilise far greater armies
2 pages

ALGIERS: HEADQUARTERS OF WORLD REVOLUTION - What Switzerland has become for celebrities and Lichtenstein for company promoters, Algiers is now for revolutionaries. The apartments and villas of this former colonial city house the representatives of liberation movements and terrorist organisations - African, Asian, American. The government welcomes them, and gives them practical aid. Sally Beauman visited this mirror image of a corps diplomatique
Six and a half pages

BREAKING THE LIGHT BARRIER - Is faster than light travel possible? asks Adrian Berry in part two of his science series. Professor John A. Wheeler's interpretation of Einstein's Theory brings it within the realm of credibility
Two and a quarter pages