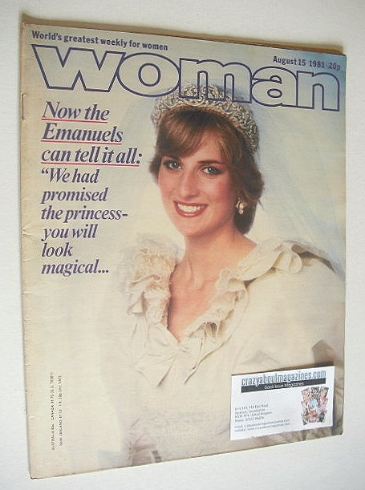 DAVID AND ELIZABETH EMANUEL - Still under 30 and parts of the jeans generation, their life will never be the same again
7 page interview
(Includes photos of Princess Diana on her wedding day)

KNITTING PATTERN - "Check Out"
Ladies wide-sleeved checked cardigan. Fair and square and multi-coloured, though they're knitted as stripes and 'squared up' with crochet afterwards
One and a half page pattern

KNITTING PATTERN - "I will, I will learn to knit lace"
1 page knitting pattern. Baby's cool cotton dressed in an easy version of the traditional 'feather and fan'

GAY SEARCH - We have a peek at Gay's garden
2 pages