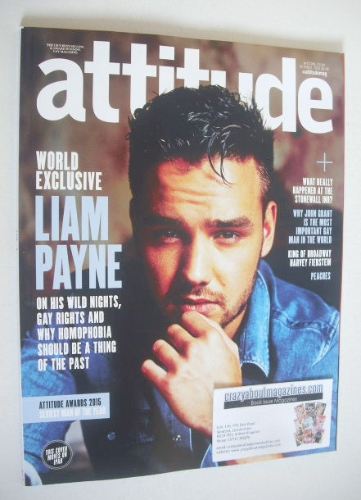 PEACHES - The original champion of alternative queer music is ready to drop Rub, her first album of new material in 6 years
3 page interview

EMILE GRIFFITH - "Inside Fighter"
He was hailed as one of boxing's greatest 20th century champs, but from family disownment to a tragic murder, details of his turbulent life are largely unknown. Now, in a new book, his legacy receives the closer look it deserves
4 pages

WHAT REALLY HAPPENED AT THE STONEWALL INN?
We take a look at some of the fables and facts behind an even that went on to define the start of the modern gay liberation movement
5 pages

LIAM PAYNE - "New Direction"
In a world exclusive interview, Liam tells us about keeping his cool in the spotlight, why he's not homophobic and what the future holds for the world's biggest boyband
12 pages