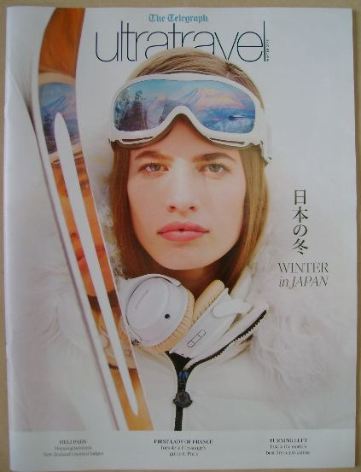 MARCEL WANDERS - The Dutch designer describes his globetrotting highs, from Agra to Amalfi

SNOW MOTION - From skiing down a volcano to sampling a slow train journey to Hokkaido, Japan offers a plethora of winter activities. Charles Starmer-Smith samples the slopes and the sushi, while Tokyo correspondent Danielle Demetriou recommends seven other snowy treats

ST KITTS - Nigel Richardson is not alone in being a convert to the charms of St Kitts - or its beautiful Kittitians. The superyacht-owners have arrived, too

HEAVEN AND HELIS - Soaring over fantastic landscapes in a helicopter and landing at New Zealand's new luxury lodges is a thrilling double whammy, says Tim Jepson

DANIEL BRUHL - "Travelling Life"
Although he has stayed in some fabulous places for work, the well-journeyed German actor prefers to sleep under canvas on holiday