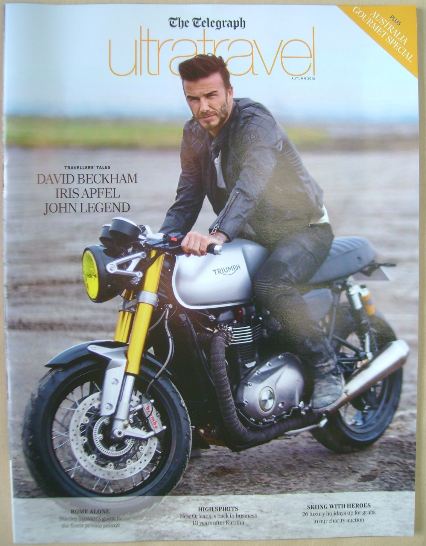 IRIS APFEL - The style icon on nine decades of travelling

BACK TO THE BIG EASY - Ten years after Hurricane Katrina devastated New Orleans, the Southern city buzzes with optimism. Doglas Rogers drinks it in

AUSTRALIA SPECIAL - Terry Durack hails the arrival of Heston Blumenthal and Rene Redzepi, and James Steen asks six chefs to pick their top restaurants. Plus, picknicking by plane, bar-hopping by chopper, and a chauffeured wine trip by Daimler

THE SEYCHELLES - Charlotte sinclair revels in plus-size helpings of pleasure at the refurbished North and Fregate Islands; plus five of the Seychelles' finest beach retreats

JOHN LEGEND - "Travelling Life"
The American singer-songwriter on Tom Ford luggage, the best pizza in the world and feeding elephants in Thailand