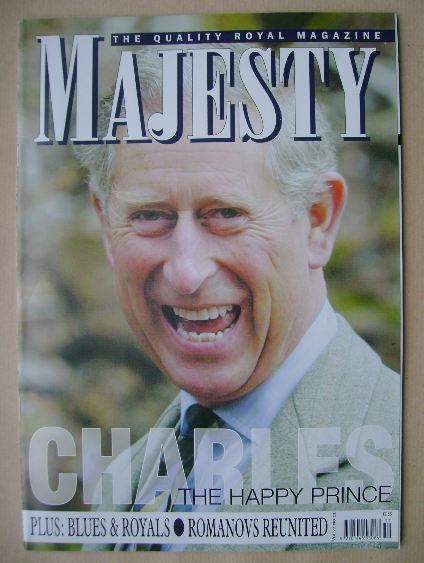 HOME AT LAST - On 28 September the mortal remains of Marie Feodorovna were finally laid alongside those of her husband, Alexander III. Coryne Hall was invited to the reburial events in both Denmark and Russia
6 pages

SOLDIERS OF THE QUEEN - Planning the State Opening of Parliament, a highlight of the royal year, calls for military precision. Ian McCurrach was given a behind-the-scenes look at the Army's exhaustive preparations
5 pages

AFFAIRS OF STATE - On Wednesday, 15 November the Queen will open Parliament in the grandest, most glittering ceremony of the royal year. Mary Watson explains the role of the monarch at this prestigious occasion
5 pages

FRANZ JOSEF - One of the longest reigns in European history came to an end in November 1916 with the death of the Emperor of Austria-Hungary. Ninety years on, Coryne Hall looks back over his rollercoaster life
5 pages