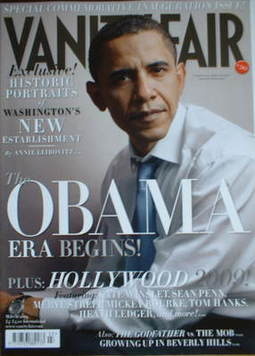 IT HAPPENED AT THE HOTEL DU CAP

August 1938, the Riviera: Joseph P. Kennedy meets Marlene Dietrich. Their liaison, conducted under the noses of the spouses and other lovers, brought two families together - and, as detailed by the author of a new biography, Joseph P. Kennedy Presents, led to the star's 1963 tryst with JFK

Photographed by Annie Leibovitz, we assess a moment, a White House, and a movement

In many ways, the men who made The Godfather were as ruthless as the gangsters in Mario Puzo's blockbuster. After violent disputes over the casting of Marlon Brando and Al Pacino, they tangled with the real-life Mob. We recall how the clash of Hollywood sharks, Mafia kingpins, and cinematic geniuses shaped a Hollywood masterpiece