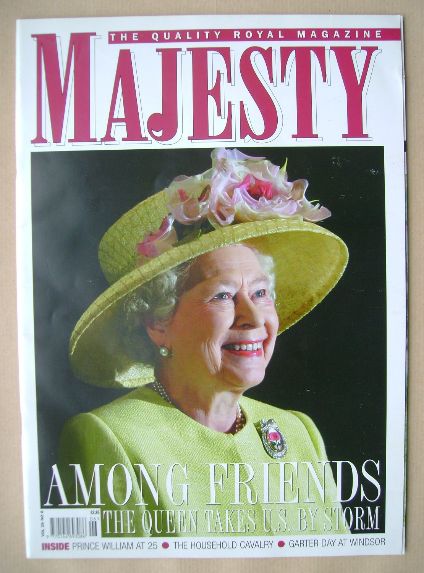 STATE VISIT - The Queen received the warmest of welcomes everywhere she went in the eastern United States. It was a high-profile trip with touches of pomp and pageantry but, as Alan Hamilton of The Times witnessed, there were a few lighter moments too
8 pages

PRINCE WILLIAM AT 25 - The Prince's formative years have been very different to those of his father but, as Ingrid Seward considers, that's not necessarily a bad thing
5 pages

PERFECT MATCH - Queen Margrethe and Prince Henrik of Denmark celebrate their 40th wedding anniversary this month. It is a genuine love affair and the Danes have taken the couple to their hearts
5 pages