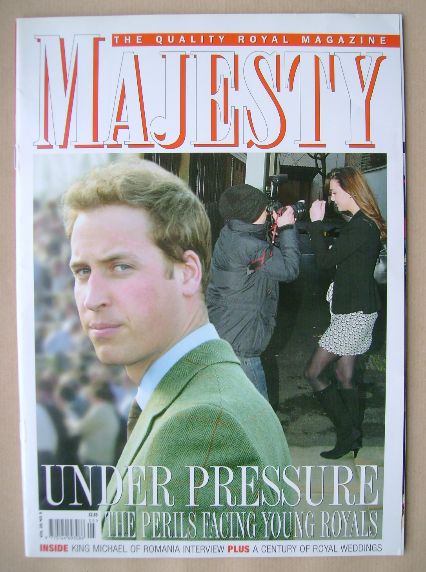 THE HEAT IS ON - Despite their 'privileges' it's not easy being a member of the Royal Family in the 21st century, as Prince William and Kate Middleton can testify. Is the younger generation coping under pressure, asks Ingrid Seward, or could they do better?
7 pages

KING MICHAEL OF ROMANIA - The man whom Prince Charles described as 'a beacon of hope in the darkness for many Romanians' first ascended the throne 80 years ago this year. To mark the anniversary, Konstantin Eggert was recently granted an exclusive audience at the monarch's Swiss home
5 pages

HAPPY EVER AFTER - An exhibition marking the diamond-wedding anniversary of the Queen and the Duke of Edinburgh has just opened at Windsor Castle. It tells the story of five royal weddings through photographs, documents from the Royal Archives, rare memorabilia and charming personal gifts exchanged by members of the Royal Family
6 pages