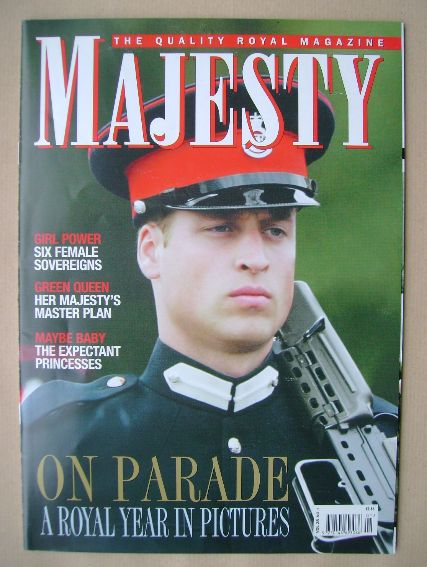 BABY TALK - Spring 2007 promises to be an exciting time for Europe's royal families, with no less than three Crown Princesses expecting babies during April and May
6 pages

ROYAL MOMENTS - Each January we bring you a selection of photographs taken during the past year that have not previously appeared in Majesty. In 2006 we celebrated the Queen's 80th birthday, but there were other happy times too...
9 pages

TRIALS & TRIBULATIONS - 'Nurse Marjorie' was able to follow a heartfelt dream and dedicate herself to the wounded of the Great War. But this shy and retiring royal woman experienced much more during her eventful life
7 pages