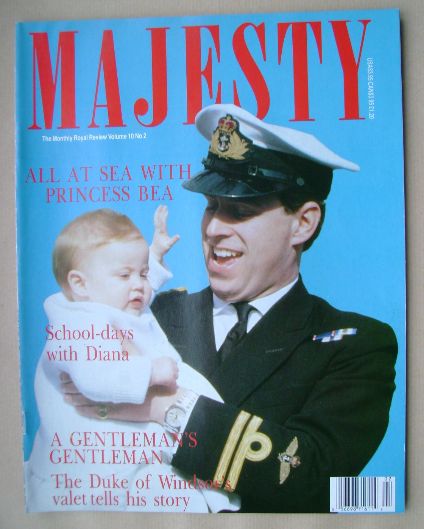 PRINCE EDWARD - Russia might seem an unusual country for the British royal family to visit. But recent changes in the Soviet Government have opened the door to Moscow. The Queen is scheduled for a trip and Prince Edward recently travelled there as patron of the National Youth Theatre. Henry Stourton was on the spot to report on Russia's latest royal visitor
6 pages

THE DUKE OF WINDSOR - In the late 1920s the Prince of Wales was considered the best-dressed young man in the world. Greatly exaggerated stories were circulated about the number of suits he possessed and the amount of money he spent on his wardrobe. However, when his responsibilities to the nation were removed by his abdication, Edward indulged himself in a sybaritic life style, which necessitated a vast wardrobe. Ingrid Seward visited the house on the Bois de Boulogne where the Duke of Windsor spent his last years and spoke to his trusted valet, Sidney Johnson
6 pages

NANCY LEEDS - Nancy Leeds was was beautiful and wealthy, but to marry into a European royal family she had to keeo her past life a secret. Theo Aronson uncovers the true story that Nancy tried so hard to conceal
4 pages