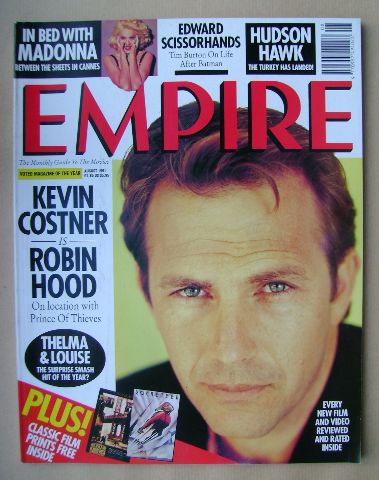 The free movie prints are included inside the magazine

TERRENCE MALICK - He made two of the very best films of the 70s, then promptly turned his back on a golden career. Jeffrey Wells investigates the strange case of the disappearing director...

IN BED WITH MADONNA - Barry McIlheney travels to Cannes to to talk to her director, Alek Keshishian

HUDSON HAWK - His last film, The Bonfire Of The Vanities, bore a marked resemblance to a disaster area. His new film, Hudson Hawk, has already been described as "easily one of the worst films ever made". And yet Bruce Willis expresses no sense of panic at these apparent signs that his particularly lucrative 15 minutes may be in danger of being up. "You're either going to like me," he reasons to Frank Sanello, "or you're not..."