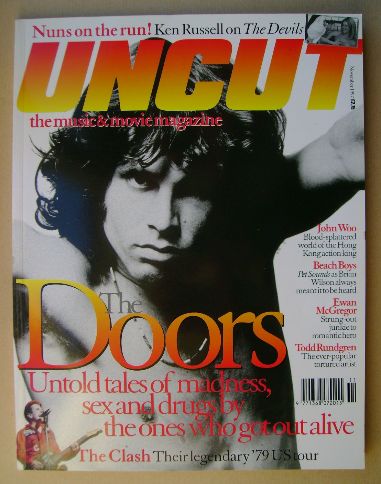 THE CLASH - In January 1979, The Clash set out on their chaotic first tour of America. Allan Jones was with them
9 pages

KEN RUSSELL - Martyn Palmer talks to Ken Russell, director of The Devils, one of the most controversial movies ever made
3 pages

JIMMY McGOVERN - Stephen Dalton meets Jimmy McGovern, the creator of Cracker and The Lakes, and television's most radical voice
2 pages

THE DOORS - Jim Morrison was as wild as the Sixties, a myth in the making from the moment he joined The Doors. With a major retrospective CD box set released this month, the band's surviving members recall his self-destructive genius
10 pages