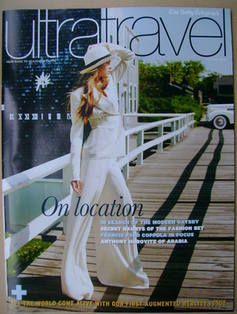 ANTHONY OF ARABIA - For the author and screenwriter Anthony Horowitz, David Lean's film Lawrence of Arabia was an inspiration. Fifty years on, he follows in the footsteps of Lean and his entourage and discovers the real star - Jordan, with its vast, silent valleys, dramatic light and abundance of ancient sites

THE GAUCHO CLUB - At a select group of estancias near Buenos Aires, guests can saddle up with traditional horsemen by day and enjoy sublime comfort, a carnivore's feast and a decent malbec at night

The legendary director on Mayan magic, the romance of Rio and the Milanese suite that starred in a Hollywood film