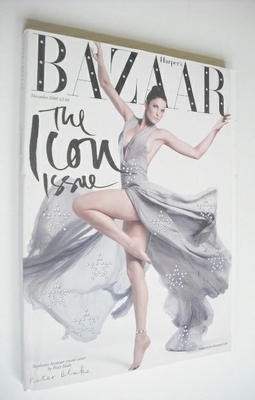 STEPHANIE SEYMOUR - She rose to fame as one of the iconic supermodels of the 80s. And 25 years on, she is still stalking the catwalks and fronting campaigns. We marvel at the model, muse, and mother to nine children

Legendary photographer Richard Avedon immortalised the beauty of Mia Farrow, the energy of Barbra Streisand and the manhood of Rudolf Nureyev. We recall the brilliance of the man whose artistry captured the very soul of fame

WHY DON'T YOU... by Vivienne Westwood