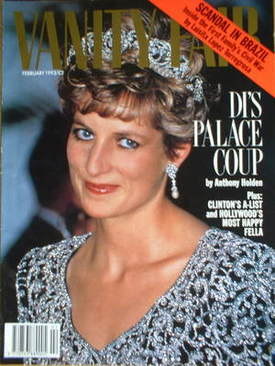 Good condition for age - magazine has been read

In the late 70s and early 80s, Gia Carangi was a $100,000-a-year supermodel, but a wanton life-style would soon destroy her, By 1986, Gia was an anonymous welfare patient, dying of AIDS

We overcame the whispers - and not a few shouts - about her own well-being and conduct to emerge victorious over the House of Windsor. Now Princess Diana, although separated from the royal family, is perhaps its best hope for survival. We profile the woman who has, after a lifetime of emotional disappointments, fashioned her own set of rules in one of the world's strictest households

EVEN COWGIRLS GET THE BLUES We join the writer, the cast and the director on location in Redmond, Oregon