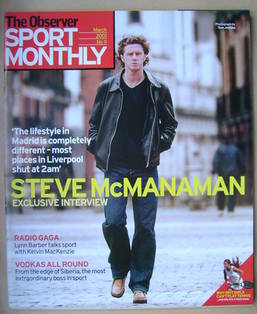 STEVE McMANAMAN had to endure months of frustration on the sidelines before becoming a key player at Real Madrid. Now happy on and off the pitch, he gave Amy Raphael an exclusive tour of the Spanish capital - and explained his unexpected role as Sven-Goran Eriksson's travel agent

MAGIC JOHNSON made his first fortune as a basketball superstar, before retiring after publicly admitting to being HIV positive. Now he is making a second fortune - as the first black athlete whose business acumen may yet outstrip his sporting prowess