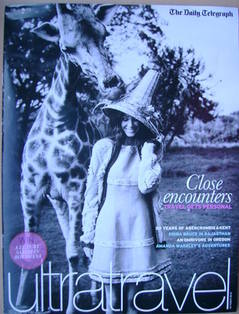 KENT IN KENYA - Fifty years ago, Geoffrey Kent launched his first safari with his mother's ice bucket and a Land Rover. Now his travel company, Abercrombie & Kent, counts heads of state and Hollywood stars among its clients

OPULENT INDIA - For television presenter Fiona Bruce, camping meant roughing it - until she stayed at the most lavish of tented camps in Rajasthan; plus, five places to live like a maharaja

The London fashion designer on her need for speed, summers on superyachts - and safaris