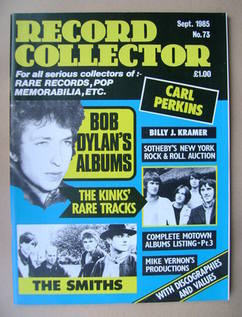 BOB DYLAN'S ALBUMS - Between 1962 and 1970, Dylan released many of the most influential rock albums of all time

THE KINKS' RARE TRACKS - Peter Doggett examines the most confused years of the Kinks' career, when they produced many of their best, and scarcest, tracks - some of have never been allowed an official release in this country