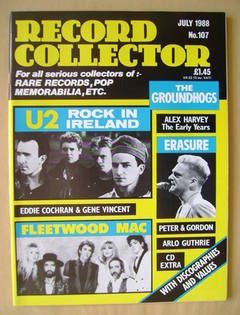 U2 - Mark Paytress examines the U2 rarities from their homeland of Ireland, plus the releases on the group's Mother and Son record companies

Spencer Leigh reveals new information about the tragic 1960 rock'n'roll tour, which he has uncovered during his research for a new play opening in Liverpool on July 7th