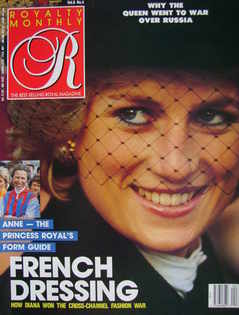 WHY THE QUEEN WENT TO WAR - With the Russian President on a visit to Britain, did hostilities between the Palace and No. 10 Downing Street break out afresh over a possible Soviet invitation?
2 and a half pages

EMPEROR HIROHITO - As the Emperor of Japan lies seriously ill, will history remember him as the monster responsible for Japanese war atrocities - or a pawn buffetted by the whirlwind of history?
6 pages