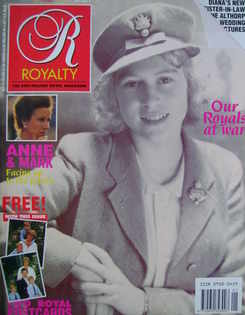 PRINCE CHARLES - Does Prince Charles know what he's letting himself in for with his vision of Britain?

FASHIONWATCH - David Sassoon has dressed almost all of the Royal ladies in thirty years of Royal patronage. What's his secret?

FRESH LOOK: KING WILLIAM III - The legend of King Billy and the Battle of the Boyne still thrives - but the cunning Dutchman had bigger fish to fry...