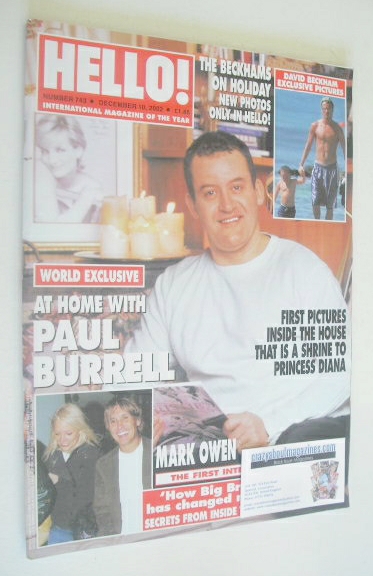 ELIZABETH JAGGER - As you've never seen her before: exclusive photos

DAVID AND VICTORIA BECKHAM - On holiday in Barbados

OLIVIA HARRISON - Speaks out for the first time since George's death

PAUL BURRELL - World exclusive pictures and interview at home - for the first time showing gifts given to him by Princess Diana, the former butler chats about his marriage, his suicide bid and his close relationship with the Royals

SIR MICHAEL CAINE - Exclusive interview: secrets of his successful marriage and why he's not ready to retire